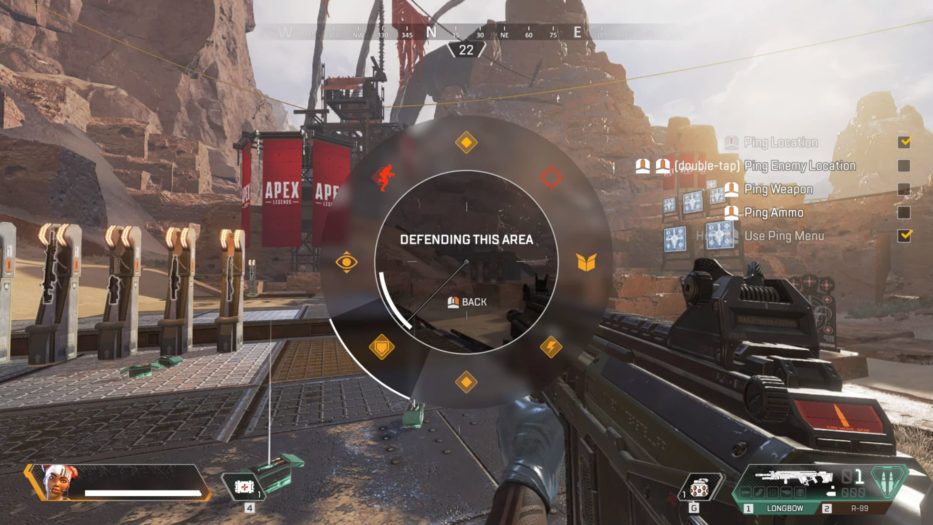 Tall’s Head of Design, Andy Beckwith attempts to justify how his video game addiction has somehow been beneficial to his career.

Actually, I shouldn’t really make cheap jokes about easy video gamer stereotypes. Video games are big business these days. The big budget behemoth games make easily as much revenue as their film counterparts, if not ridiculously more. Fortnite (of course you’ve heard of this one right?) managed to earn a record $2.4 BILLION in 2018 and to date, Grand Theft Auto V has earned its creator Rockstar Games $6 BILLION.

If you’re unaware of the latest video game craze Apex Legends, It’s an online team-based competitive shooter made by the folks originally behind the fan-favorite Call of Duty video games. It’s the only game in a good while that’s managed to make any kind of dent in Fortnite’s player count dominance.

…and I’m playing the hell out of it, along with about 50 million other gamers right now across the world.

So what’s this got to do with design? Well, for me Apex Legends’ popularity is down to it being a superbly designed video game. Like so much good design, it’s easy for the smart design behind your experience to go unnoticed. When a great design system works effectively, you’re allowed to just get on with the experience you came for – which in this case is a ‘Hunger Games’ style fight to the death against 57 other players.

There’s one piece of fantastic design in Apex Legends that, for me is a clear standout. It’s called the Ping System.

You see, you have to play Apex Legends in a team of 3. So unless you’ve got mates who’ll play with you, chances are the game will have to pair you up with 2 complete strangers. As with most team competition, success depends on your ability to work as a team. Communication is everything.

Most team games rely on voice chat for communication (usually in the form of plugging in headphones & mic) so you can just speak to your teammates. But what if one of your random team-mates is French? I don’t speak French. Or what if one of them is a 15-year-old who wants to blast sick acid house dub-step straight into my ears rather than tell me there’s an enemy behind me with a shotgun.

In swoops the amazing ping system to my rescue. Simply look at anything in the game world, tap a button on your controller (to Ping it) and your character shouts out a description to your teammates.  ‘Ping’ a building: “Let’s explore this building” your character says. Ping a weapon on the floor “Shotgun here”. Ping an enemy on the horizon “Enemy spotted over there” – you get the idea. These pings are also supported by a range of icons that appear on your personal mini-map. With all your team ‘pinging’ away, you collectively build up a little GoogleMap-esque picture of the world around you. In short, this system works so unbelievably well that voice chat simply isn’t required. It transcends language barriers, improves the gameplay experience and most importantly, prevents acid house dub-step ear infections. 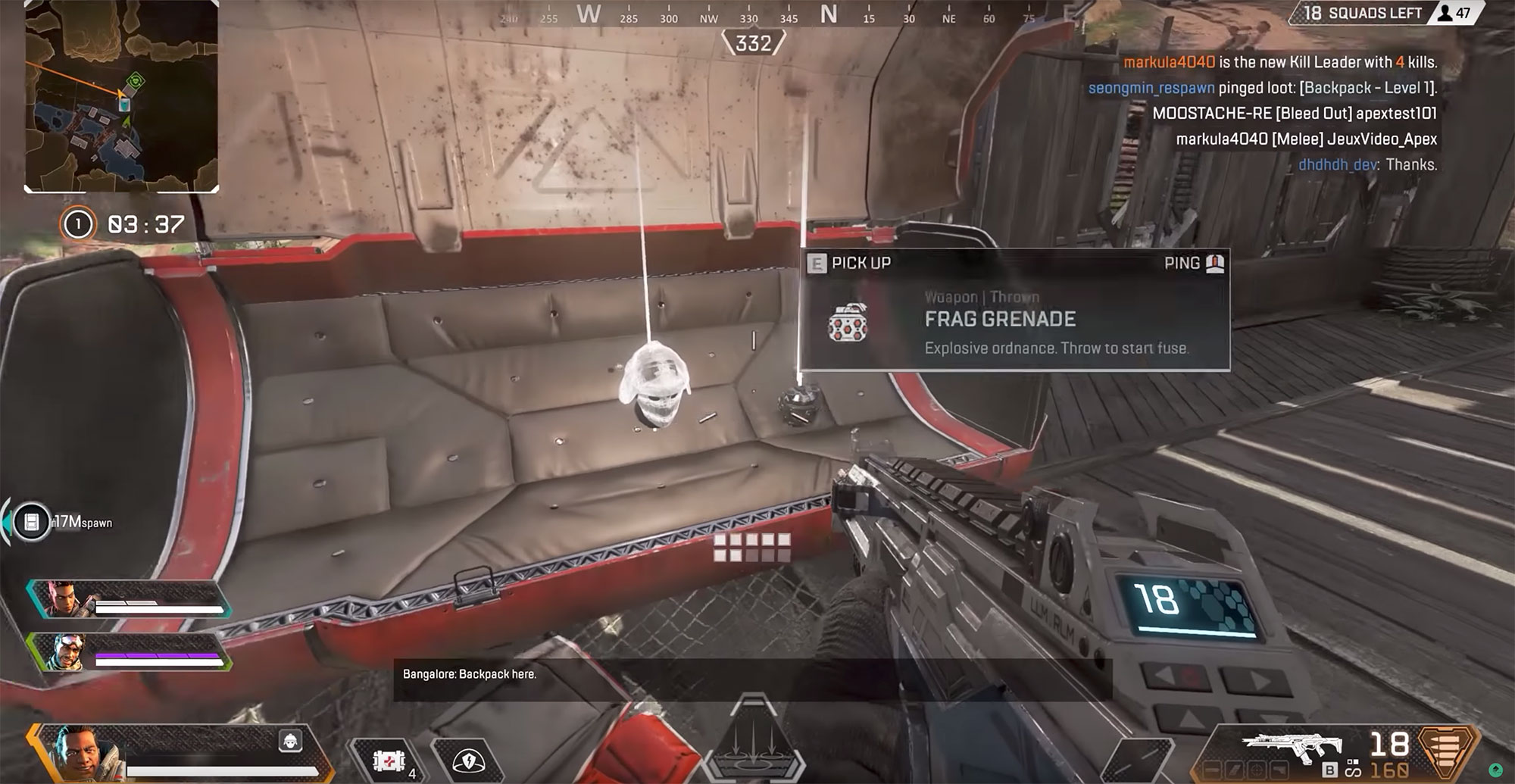 From a design perspective, this is so impressive to me because it’s such a simple idea. I don’t want to play down the technical achievement (as I’m sure it’s pretty complex), but that’s always the thing with the best design implementations – a seemingly simple thing that adds genuine value to the experience. It doesn’t always have to be a groundbreaking new technology, just something that feels like it’s been designed with the user’s experience put first.

We try to apply this to our design methodology. When undertaking a project such as a new website for a client we’ll spend time looking at what functions the site needs to perform and most importantly, what are the users there to do. What small ‘quality of life’ improvements can we implement that will simply improve the user’s experience on the site. Some might be more complex technical undertakings, but many will just be smart design choices that try and put the user first.

One simple example comes from our work on the Express Bi-Folding Doors new website.  This was one of those projects where a whole array of small, simple ‘quality of life’ improvements were implemented. Express has several dedicated teams to help customers in different parts of their project. Sales, surveys, installations, accounts, trade, aftercare – all with different phone numbers and email addresses. It was a bit of a nightmare for customers to find the right phone numbers on the website, with them often resorting to just calling the ‘general customer service’ number and being directed to the correct team.

We looked at all the numbers, emails and teams and analysed which were important to the various different customer types.  By putting the users first, we managed to define four simple statements which covered the various needs of a possible customer. We used these statements as links on the Contact Page to allow customers to ‘self serve’ and show the contact details that matched their requirements. It works a treat! Express is now receiving a far higher volume of calls from customers to the right departments, and customers are simply getting to speak to the right people more quickly and easily. 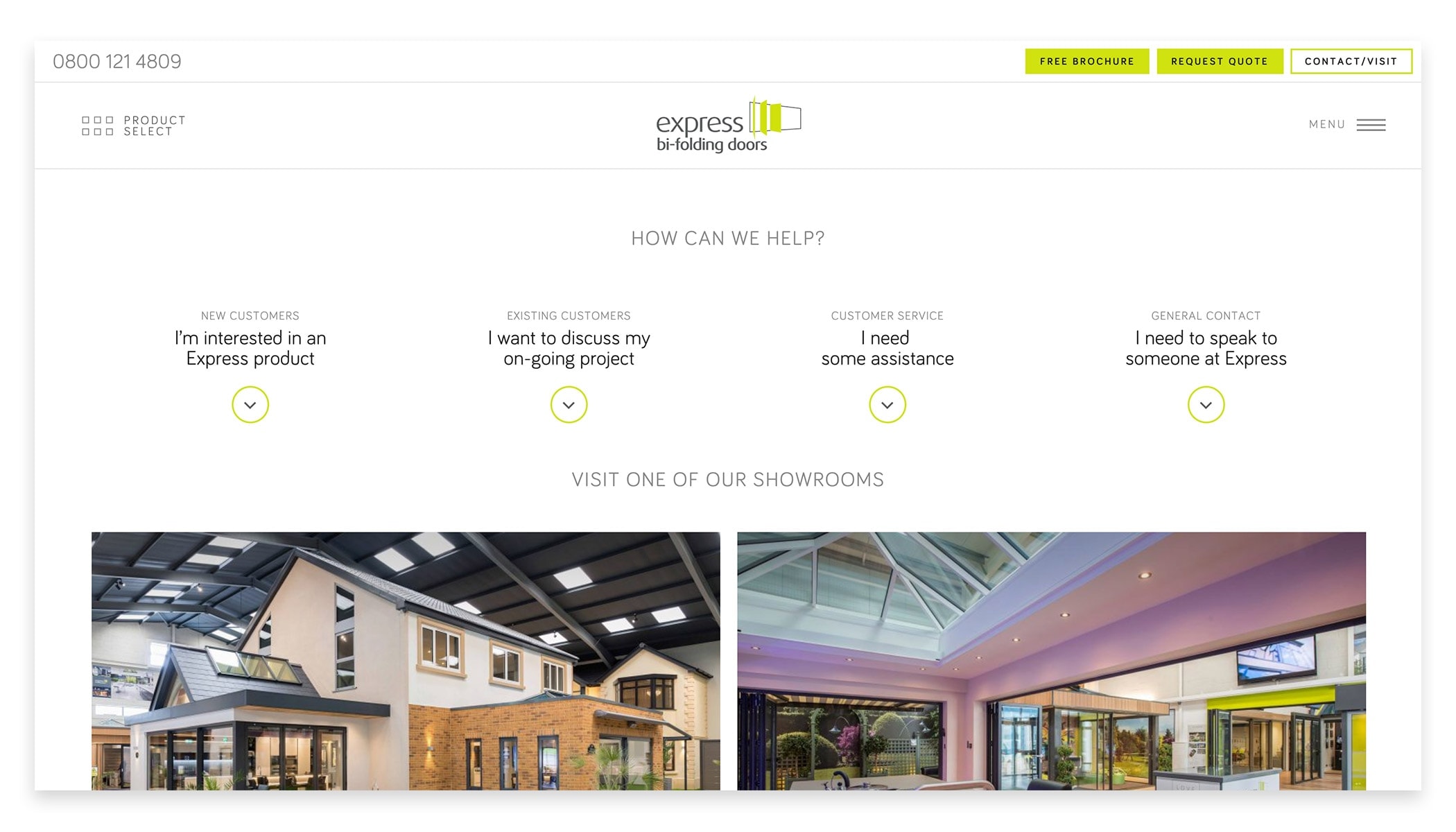 Like the ping system, a simple piece of smart design centred around the user can have a great impact on the experience. We find it’s important to take extra care about the small, simple things because they can sometimes be the thing that makes the biggest impact.