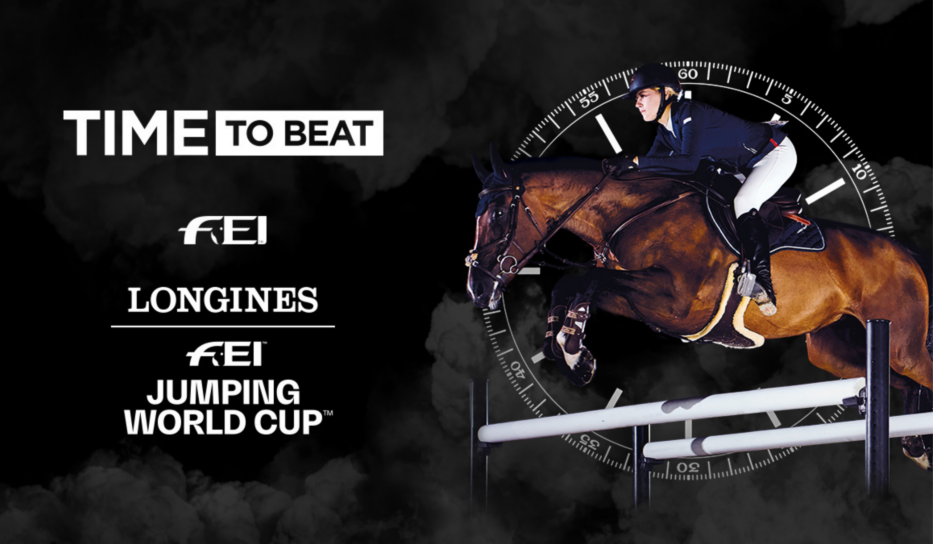 We are so proud to have been involved in working with FEI for the Time To Beat campaign to promote the prestigious FEI Jumping World Cup™ in 2021.

FEI had developed a core campaign tagline ‘Time To Beat’ which reflected both the fast paced nature of the competition as well as a hint at the synchronisation between the beating hearts of both horse and athlete. The core creative depicted a ‘moment in time’, a jump that could be the moment of seizing glory and played on the concept that only fractions of seconds are often what finally decide who emerges as champion.

Here at Tall, we were enlisted to create a wide range of supporting executions based on the core creative including key visuals, video edits for broadcast and online, advertising FEI’s own app FEI.TV as well as creative for display banner advertising and a variety of social media.

These executions were created for all key event locations in the FEI Jumping World Cup™ calendar and were distributed to various international federations for use in local promotion.

One of the key challenges for Tall was in the organisation and planning of such a wide and diverse collection of executions across various types of media. Working closely to communicate with FEI’s project teams ensured a process that allowed for creative expression and exploration as well as efficient production.