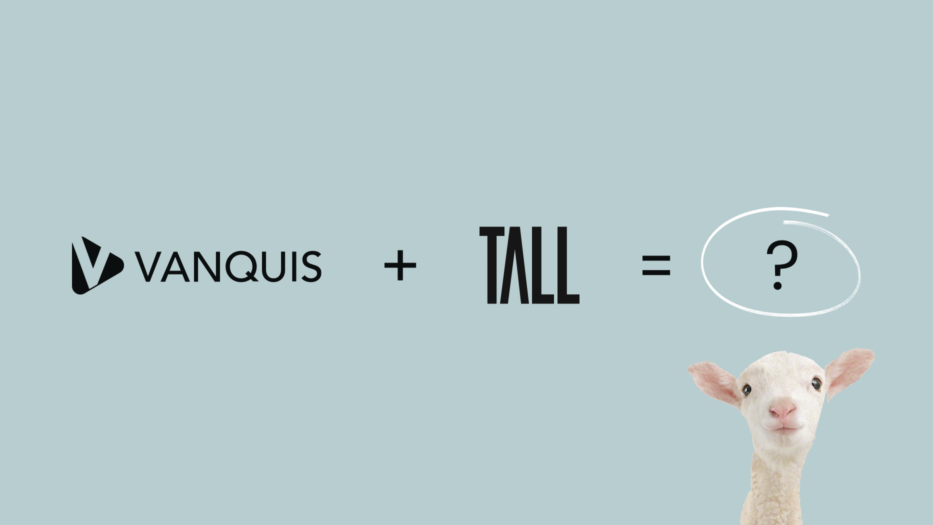 Thursday the 5th of December 2019, the day I was introduced to Andrew Larking, Head of Product Design at Vanquis bank. Andrew was the kind of guy you immediately took to; full of energy, eager to crack on and isn’t afraid to throw a grenade or two into a room (we’ll come back to the grenades later).

Why was I sat in front of Andrew you ask? I’ll rewind a little…

Andrew was working on Vanquis’s new banking App; a project that was going to be a large part of his and what turns out to be my life for months to come. Andrew was working with the current Vanquis brand, a brand that had been redesigned in 2017.

Now this, THIS is where the problem started…

The brand work was complete. It had been signed off and now needed to be used. However, the issue was that it had not been entirely considered for the world of digital… Andrew’s world.

Day one of working with the redesigned brand: It was clear it was going to be difficult to navigate as the colours hadn’t been fully considered for digital use. They hadn’t been tested on any digital platforms and the font had similar problems.

Andrew, sitting at his desk with his head in his hands looking for a way to solve what was obviously going to be a very frustrating ride. That same day he was contacted by his newly appointed boss, Nick Gander. Nick was the new Digital Transformation Director.

Andrew says to Nick: “We’ve got a problem…” *Proceeds to show Nick the brand redesign*

Now, let’s fast forward a little. Vanquis had a matter of weeks before multiple projects were about to kick off and they had a brand that wasn’t fit for purpose. Nightmare right?

It was agreed that Tall was to take the existing brand and digitise it. Top of the list? Add some personality, followed by making sure it works across all digital platforms.

Remember those grenades from before? Yeah…this is where these come in.

It went down well, REALLY well. So much so it inspired them to re-look at how they should push their digital platform with some of the thinking we’d presented.

We’d shown what could be possible and this meant a change in a very big way. The question from the top was…” What could you do if we took off the shackles?”

We joined up with Andrew’s team remotely and after having many, MANY digital whiteboard sessions, Slack chats and video calls (some joined by a lovely goat called Daisy), we evaluated all the areas that the brand touched and started to create something that would literally shape Vanquis’ digital future. The only caveat? Keep the logo and if possible, the Blue. Other than that we were good to ignore previous rules and brand politics.

Vanquis are like many businesses going through digital transformation, they often forget to check if the brand is still fit for purpose before they set off on their journey.

It’s much more cost-effective to revisit a brand earlier rather than retrofitting after transformation in the business has started.

We continue to work with Vanquis, pushing their products, working on their app, website and communications with a renewed customer-centric and inclusive focus.

The journey has only begun…