We’re proud to be involved in this year’s Leeds Digital Festival and creating the festival website has been a great project for the Tall team. The project was completed in just 6 weeks and the hard work by the organisational team behind the festival has led to more events than ever before being held during the festival week (22nd to 29th April).

Our primary focus with the website was creating an experience that allowed festival visitors and event organisers to easily find and submit events but we additionally wanted to create something purely aesthetic, a unique visual centrepiece to give the festival a digital identity and teamed up with Huddersfield agency “Running In The Halls”.

We started looking at ways of characterising each event with it’s own algorithmically generated identity and did some research around how we can make it relate to Leeds, its rich history of scientific discovery (birthplace of X-Ray Crystallography) and the nature of the events themselves.

We were keen to make the centrepiece be a reflection of the number of events (now over 115) and the masses of visitors (10k estimated) that will swarm across Leeds over the festival week. The end result of this initial stage was a number of prototypes which we discussed together and a robust algorithm that can create a distinct visual for each event using mathematical functions just by changing a few parameters as input.

We started exploring minimal, semi-interactive headers enclosed within the site header to make an initial visual impact when landing on the site. This evolved into having it as a background element on other site areas. 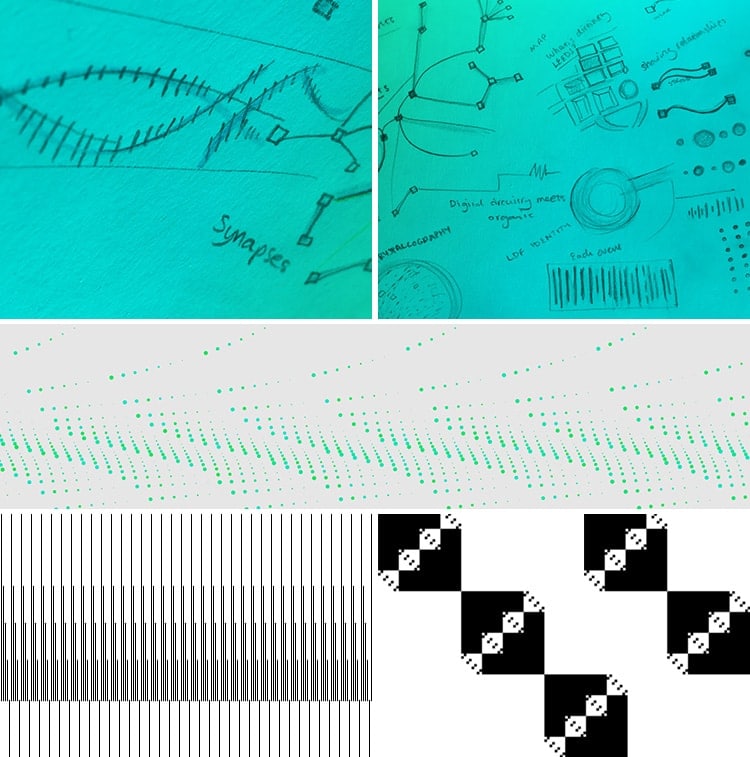 We decided to use the Leeds Digital Festival brand ‘node’ symbol to mask our header visual.  The aesthetic style is part technical, part organic and creates a visually expressive centrepiece for the home page. A great deal of work was put in to make the centrepiece computationally viable on regular laptops and desktop machines. We also used a variation of this algorithmic representation to create a subtle background animation on inner pages of the website which changes in relation to the user’s mouse movements. 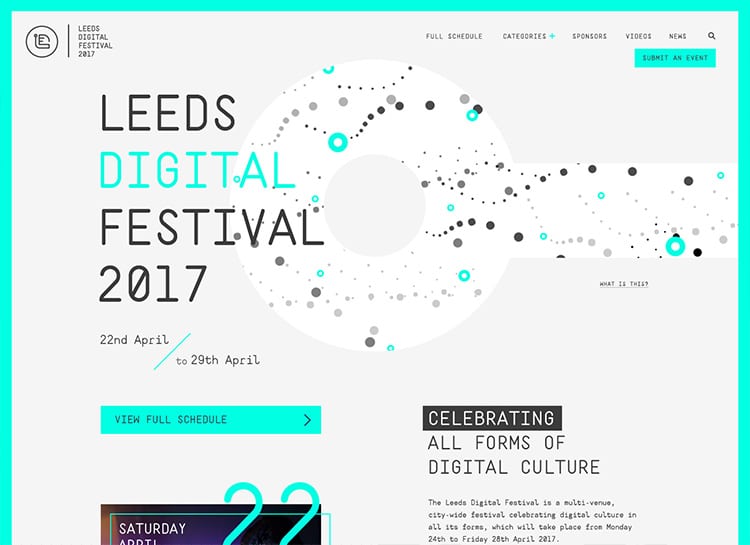 Our exploration and learnings with algorithmic visualisations have given us even more desire to see how we could use these in other projects – now we just need an excuse to play around with them again!