The Longines FEI Jumping World Cup™ represents the pinnacle of achievement in equestrian sports, so it deserves to stand head and shoulders above the rest.

40 years after hosting the first-ever Longines FEI Jumping World Cup™ Final in the spring of 1979, Gothenburg was again the focus of the equestrian world in April 2019. So, because of this, they wanted something special for this glorious occasion.

That’s where Tall came in…

FEI chose Tall to deliver the event branding including a graphical style, arena displays, podiums, LED sign and even a jump obstacle for the finals. The Tall design team are always up for a challenge but are more accustom to creating 3D products, animations, websites and enhancing digital brands – not product design. Definitely a hurdle to get over! (see what we did there).

FEI already has a strong brand identity so we wanted to elevate the graphical style to a new level by introducing a bold and uplifting visual style throughout, to keep audiences engaged and reflecting the epic highs of the competition.

The biggest challenge for the team was how to convey the graphical elements within the obstacle as well as making a technically difficult jump for the horses. We engulfed ourselves in the world of equestrian jump design, enlisting the expertise of world-class jump designers in order to ensure that the designs we produced would be built according to competition and safety regulations. After vigorous research the team found having more space within the obstacle proved more of a challenge for the horse’s visibility to gauge when jumping. The jump was to feature in the final rounds of the competition, so we aimed to create a design that would also be a technically difficult jump for the best horses & athletes in the world to tackle.

It was always a balancing act to have more space within the obstacle whilst making a visually engaging brand statement. This resulted in creating three alternative versions of a wall obstacle: A full wall and two using poles and planks. The full wall would be a solid wall build with blocks at the top which can be easily knocked off. This allowed the design to have a stylised slanted wing on one side and clearly show the event branding on the opposite side.

Although we had a series of headaches, revisions and collaborations with the course designers, the resulting three wall obstacles performed perfectly from a broadcast perspective and proved a more challenging jump for the athletes and horses in the final. 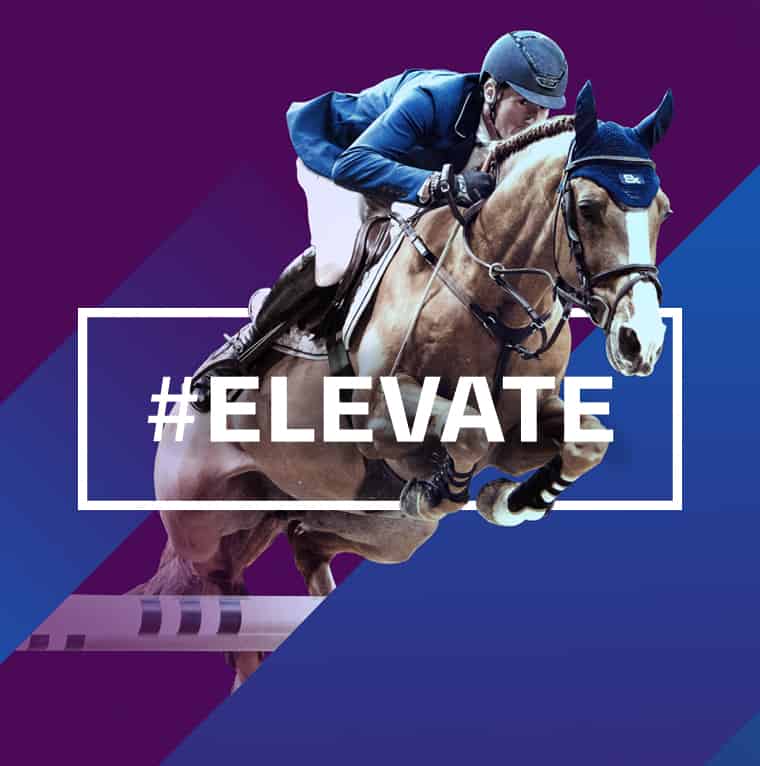 The success of the Gothenburg 2019 project has allowed us to take campaign creative lead for the 2020 Longines FEI Jumping World Cup, so watch this space!