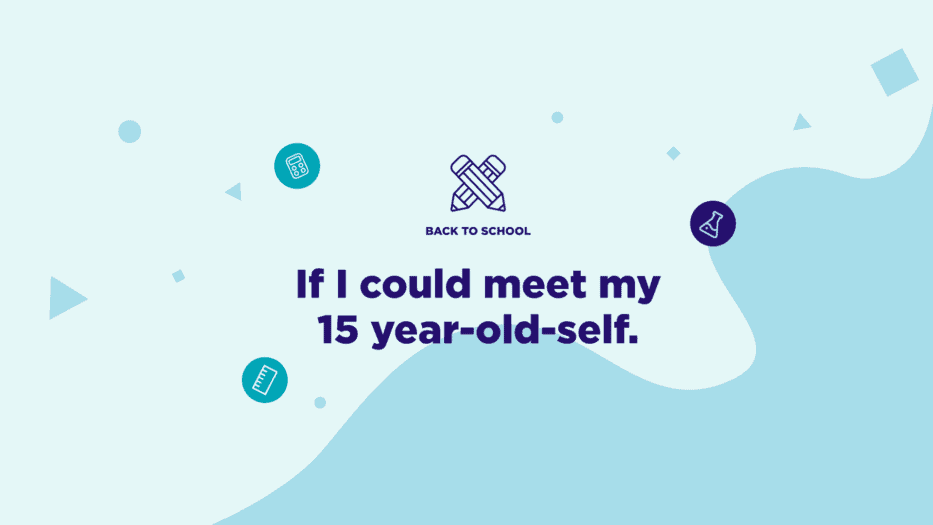 How many of us wish we were 15 again?

The hormones, the drama, the trying to figure out what on earth you want to do with your life.

I’m totally good thanks. However, back in July, two of us here at Tall had the opportunity to attend a year 10 careers morning at Abbey Grange Academy to take part in a ‘Meet the Apprentice’ panel where the students were able to ask us and the other professionals questions around our industries as well as the options they have after they finish high school.

With the hope of passing on some nuggets of wisdom and most importantly, the promise of a free school lunch, we thought why not.

As we sat on the panel and a flood of about 40 15-year-olds came in, we were faced with a variety of questions to do with work and education. Of course, we were going to get asked the classics… “how much do you earn?”, “can I have tattoos where you work?”

However, there were some questions that personally I felt were really invaluable and would have loved to have known when I was their age. Here are a few that stood out to me…

What other options are there besides university?

I thought this, personally, was such a useful question. You see, back when I was in high school, university was highly pushed. You were made to believe that in order to have a successful career that you went from high school to college, from college to university and straight into an awesome, high-paying job where you lived happily ever after.

Well, as a lot of us know, that isn’t necessarily always the case.

As I said to the students, a lot of my friends who went to university have come out after 4 solid years of studying and have found it extremely difficult to find a job related to their degree as they haven’t got enough experience (I know, how are you meant to get the experience, if you can’t get the job?). So, as a result, they end up doing something totally different.

Don’t get me wrong, I believe going to university has a lot of benefits but I don’t think teenagers are educated enough on the various other options there are. Take myself, for example, I’m the Digital Marketing Executive at Tall and I was lucky enough to do an apprenticeship here. By doing an apprenticeship I have been able to gain experience whilst earning qualifications as well as be in an industry and a workplace that I love.

How to prepare for an interview?

Within an interview, one of the most important tips we could give to the students to do prior is research!

Research not only the job role but the company as well. Who are they? Who are their clients? What projects have they completed?

A great example that our Senior Project Manager who accompanied me to the day gave was that when he was preparing for his interview at Tall he looked at previous projects that had been completed and managed to spot a section on a website that Tall had built that was broken and nobody had realised prior to the interview. He then went on to bring it up in his interview which showed he had actually taken the time to do prior research and had a keen eye for detail.

He obviously got the position, so as you can tell, it worked a treat!

What do you wish you had told yourself when you were younger?

Don’t worry so much!

I can definitely hold my hands up and say that when I was a teenager I thought I needed to have everything planned out and had to be sure of what the heck I was going to do with the rest of my life.

Let’s be honest, when you’re that age, you’re more worried about what to wear to your mates house party on Saturday than you are about what career path you’re going to take.

In reality, not many of us, especially at that age have the foggiest. You’re too busy figuring yourself out and making stupid decisions. I thought it was really interesting though that when this question came up and I voiced my response, just about all of the panel agreed that they all never actually had a clue what they wanted to be when they were younger – life just had a funny way of steering them in the direction they’re in now.

What was something you hated in school that you now realise was really important?

I didn’t know how lucky I had it when I was a teenager. Strolling out of bed at half 8 in the morning to start at 9. I think we can all agree that for a lot of us, that’s a lay in nowadays. Whereas when you’re a teenager, anything before 12 in the afternoon is a struggle.

It just never clicked at that age that the school routine was a great way to ease you into working life.

All in all, it was a pretty successful day and you never know, thanks to us we may be seeing some potential digital gurus in the future.

Next article On The Road Again