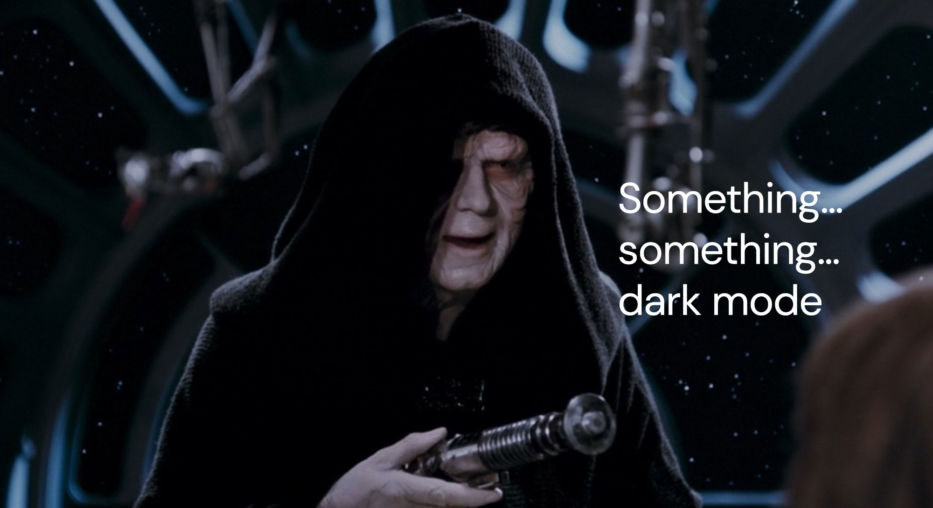 So dark mode is a pretty widespread thing now. Web browsers and email clients offer dark modes and your average Apple or Android smartphone will support running a dark theme out of the box (even asking your preference during setup) – which basically means that certain visual elements will use predominantly dark backgrounds with white (or light) text rather than the more common white screens.

On mobile devices, dark mode helps with improving battery life as those pixels aren’t working as hard to push out bright white light all the time, whereas night time usability is improved by offering a visual experience that doesn’t burn your eyes in the dark.

Well… yeah. I love using dark mode on my phone (if you have a device with an OLED screen the pure black looks gorgeous). I’ve started using a dark theme on my Mac and switched to dark mode in Google suite – my eyes are thanking me for it.

But there are definitely issues. We’re already starting to see some of the teething problems that face brands in this new world that’s both light and dark. Here’s a couple of examples I’ve recently encountered where dark mode has caused issues: 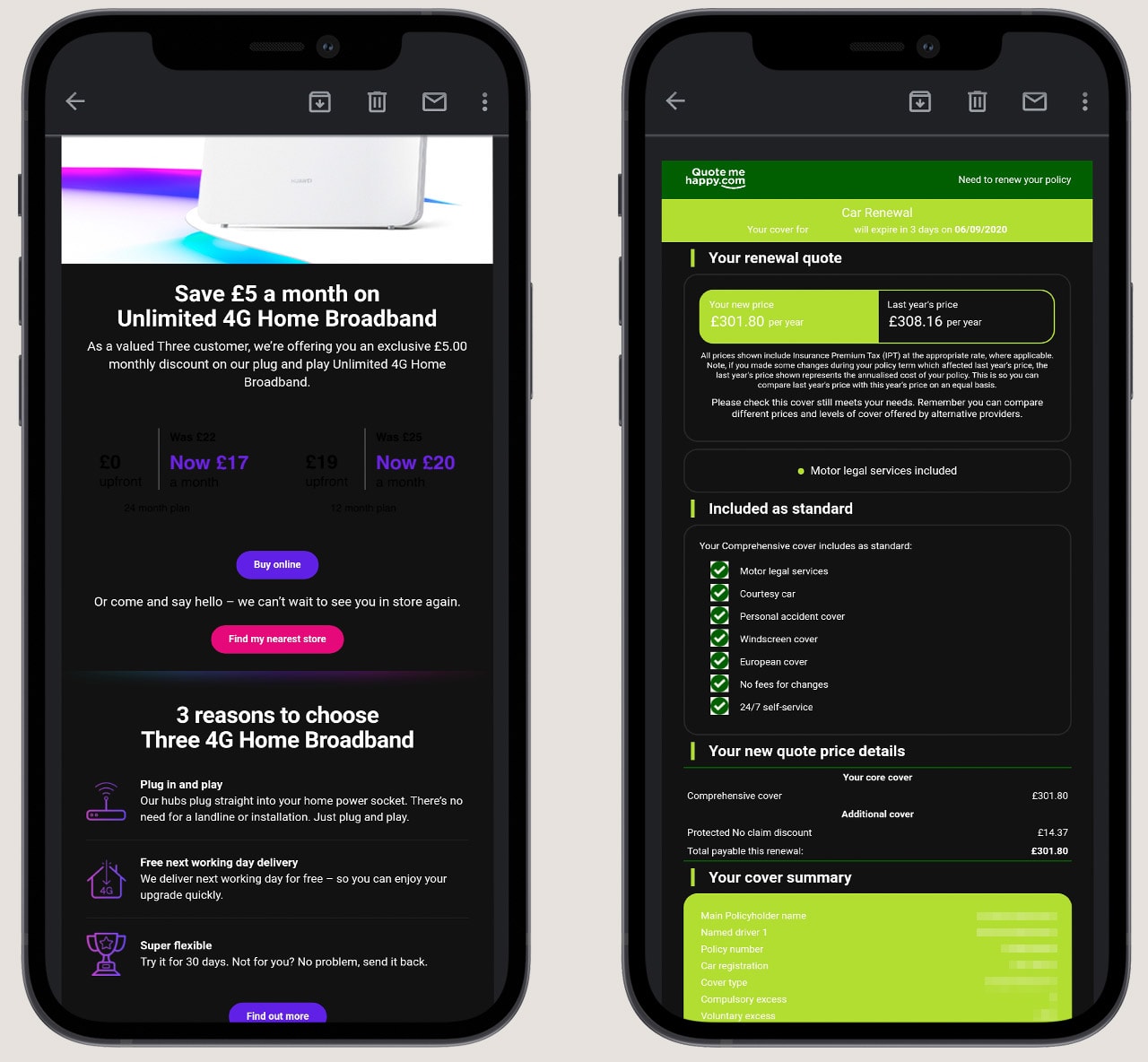 As you can see from these examples, there are issues with icons appearing with ugly white squares around them or in some cases text that’s near-invisible on the dark background. It’s also clear that the switch to a black background has generally messed with the design ‘feng shui’ – the black acts as a much more bold visual element making certain content appear more prominent (against the wishes of the designer I’d guess).

Emailers are probably the hardest hit by dark mode. HTML email is somewhat still part of the ‘old world’ of the web so it’s no surprise that new technologies don’t play well with it. There are multiple workarounds, but in a nutshell, it all spells more careful work and planning by designers and developers.

Regardless of the complexity of having ‘dark mode ready’ creations, the question turns to whether your brand identity is ready for these kinds of polarising visual presentations. We spent many careful hours considering colour palettes and colour usage for brands, but often this is under the assumption that we’re going to have closer control over how someone is interacting with our brand, be it on a website, social media or a physical media object.

The beginning of user personalisation

I think that this is another clear indication of the shift towards user personalisation becoming ever more present in our day to day lives. Apple has (finally) allowed more visual customisation in their phone UI and there seem to be lots of design chatter around personalisation being the next big frontier for brands to embrace (or reject at their peril).

What happens when we extend user personalisation to other brand elements such as fonts and UI style? We have to start being open to exploring how a brand identity transcends outside colours, fonts, logos and graphic devices and in some cases, going back to the drawing board to analyse how brands can become better digital chameleons to keep their identity and personality consistent whilst appearing in a variety of disguises.