The Fédération Equestre Internationale (FEI) is the international governing body of equestrian sports. It promotes equestrianism in all its forms and encourages the development of equestrian disciplines throughout the world.

The Longines FEI Jumping World Cup™ represents the pinnacle of achievement in equestrian sports. The series is an annual highlight in the equestrian world, attracting 3 million spectators and top competitors from all over the world since it began in 1977.

FEI approached Tall to develop an enhanced visual brand identity for the 2019 Longines FEI Jumping World Cup™ along with supporting creative for the campaign – which led the creative team to work on some unique executions.

As part of taking creative lead within the campaign, FEI chose Tall to deliver a set of extended usage guidelines for the 2019 FEI World Cup™. This included the creation of graphical devices, guidelines around their use as well as animation style & behaviours.

A large portion of the 2019 campaign would be presented through digital channels such as social media and FEI’s own online streaming service, FEI.TV so Tall worked with FEI to devise a campaign hashtag #JumpToGreatness. In addition to creating a wordmark, Tall developed a full suite of identity guidelines around the #JumpToGreatness theme to bring life to all campaign creative.

One of the key drivers of the #JumpToGreatness campaign was a promotional launch video used across many different channels.

In addition to the wide range of digital executions produced for the campaign, Tall also produced creative for event print and physical installations which included a custom podium, arena banners & signage and even one of the jump obstacles themselves

By far, the most unusual and challenging task for the creative team was to produce a custom-designed jump obstacle to be featured during the World Cup Final event itself. The biggest hurdle (pun intended) was conveying the strong graphical style created within the obstacle, whilst still ensuring a technically difficult jump for the horses. 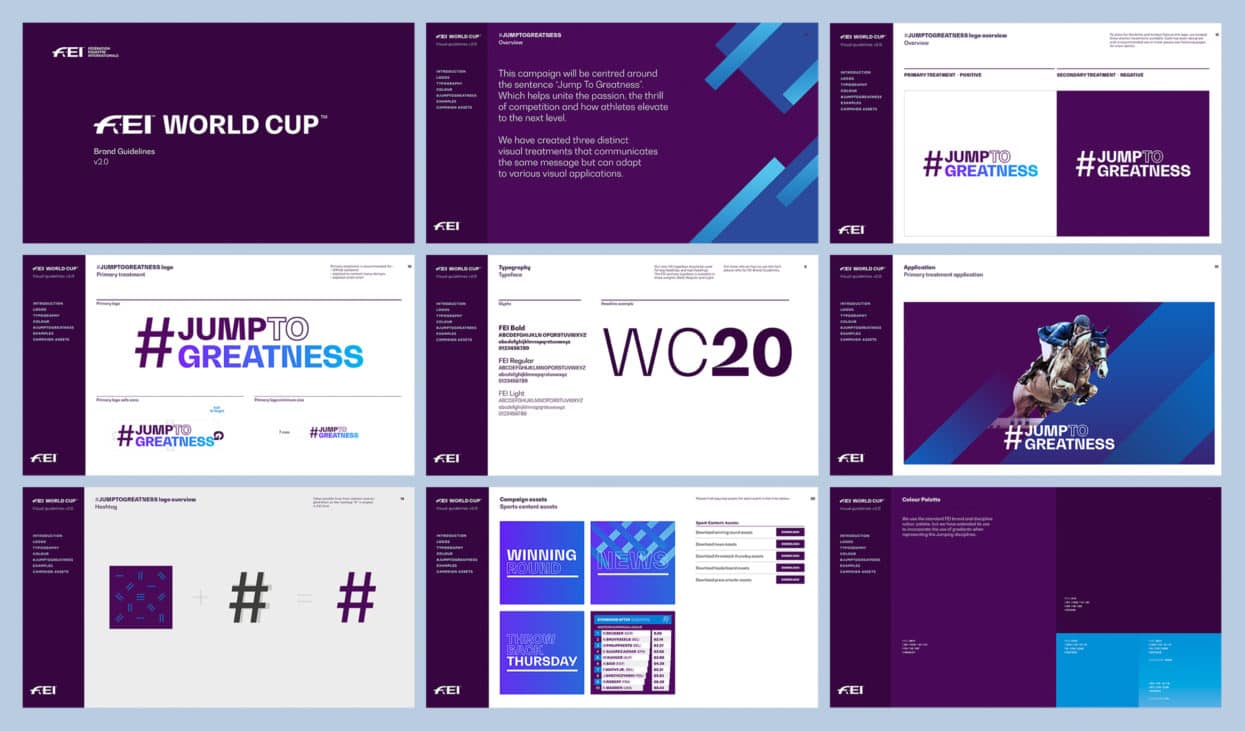 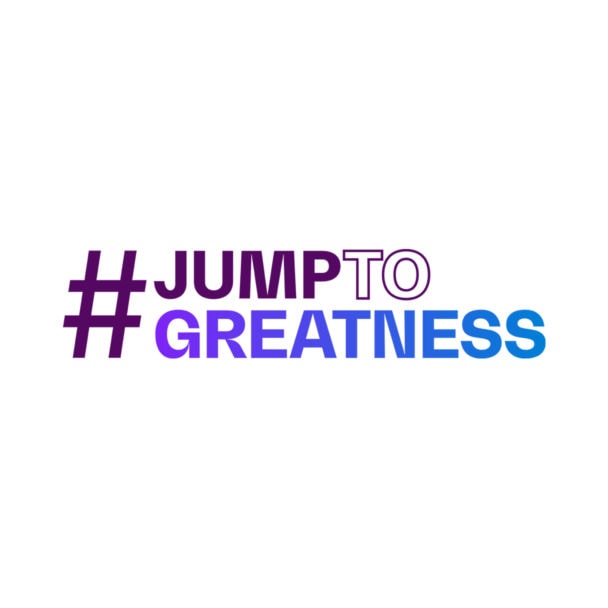 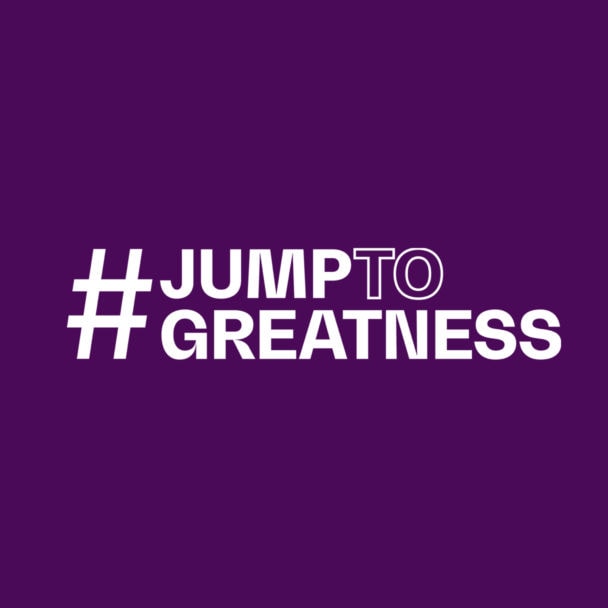 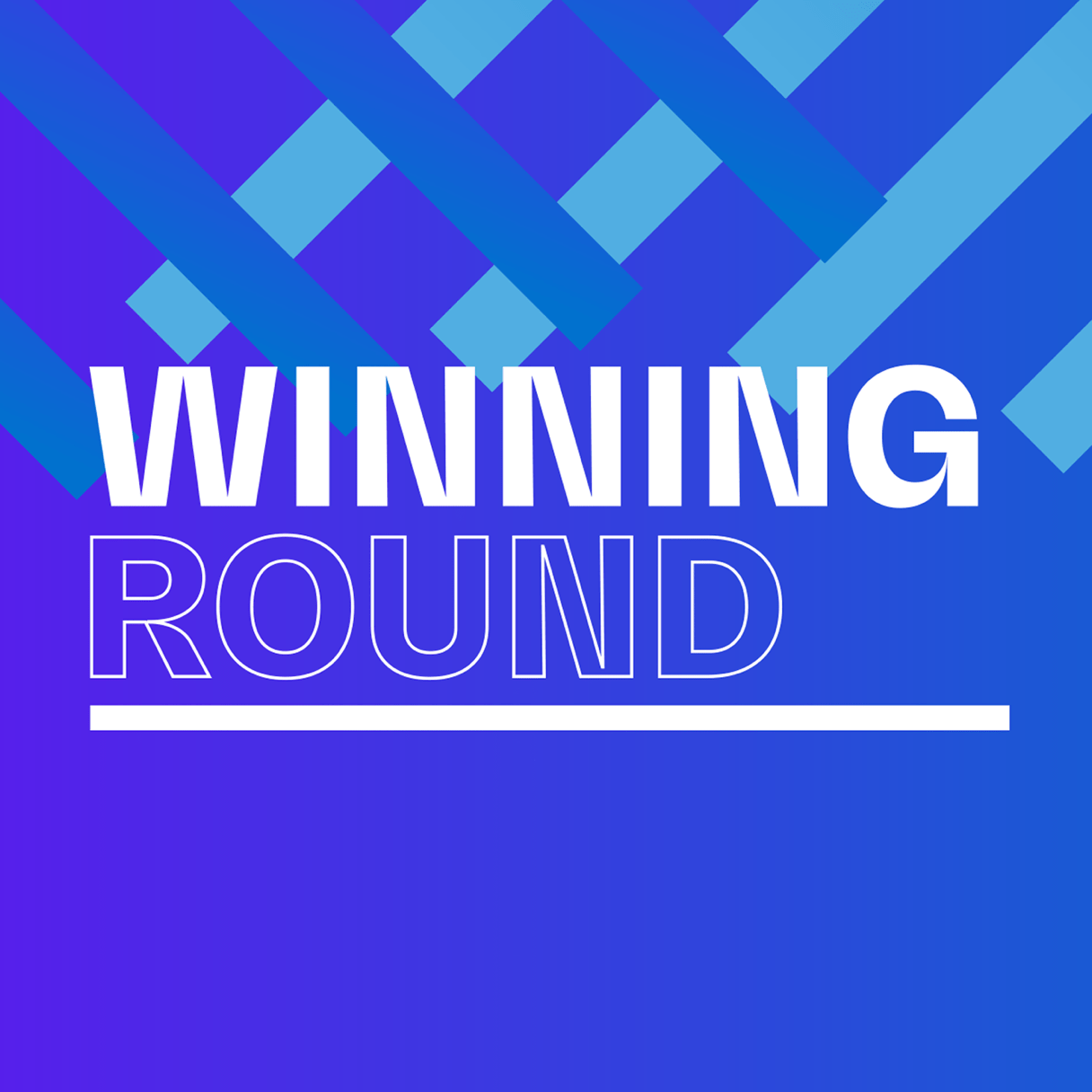 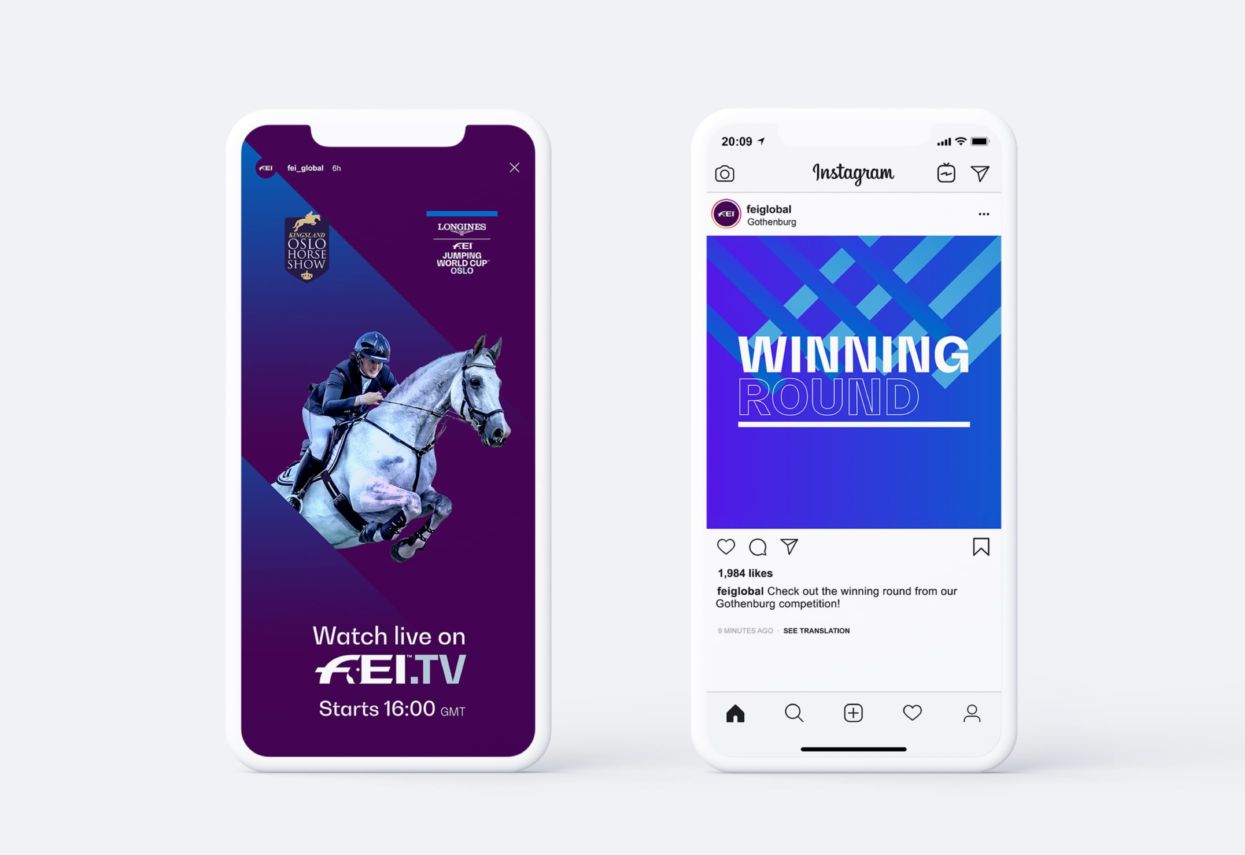 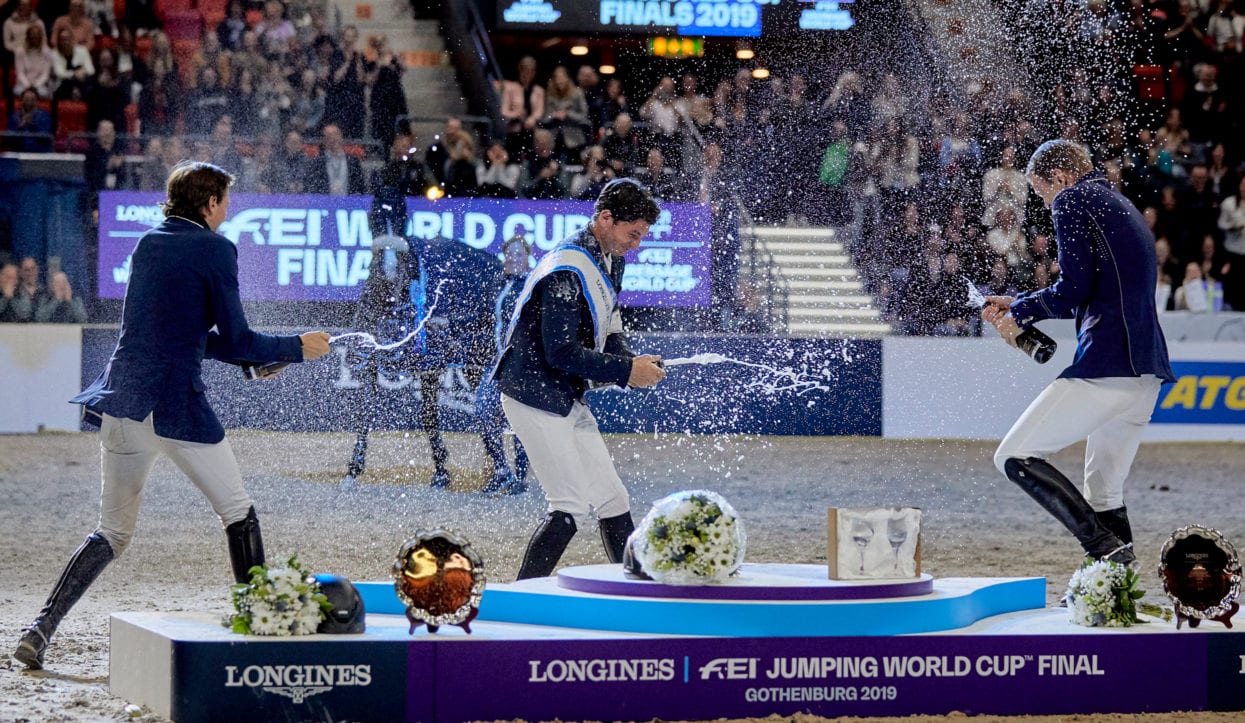 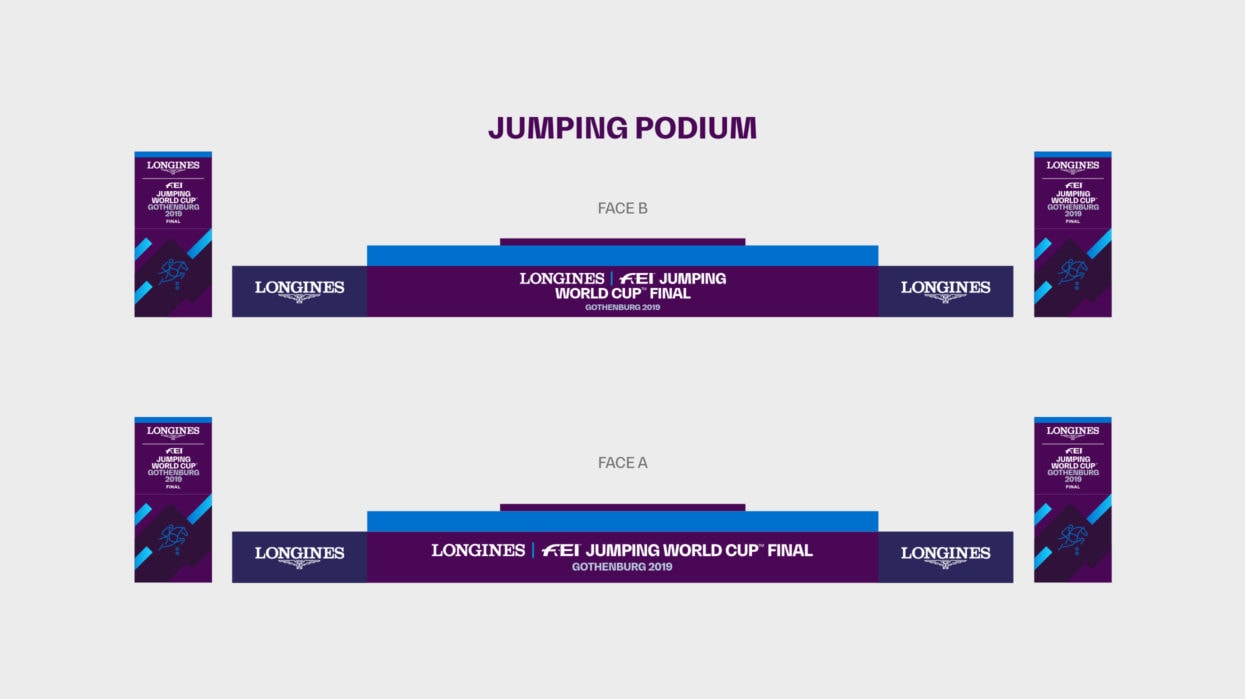 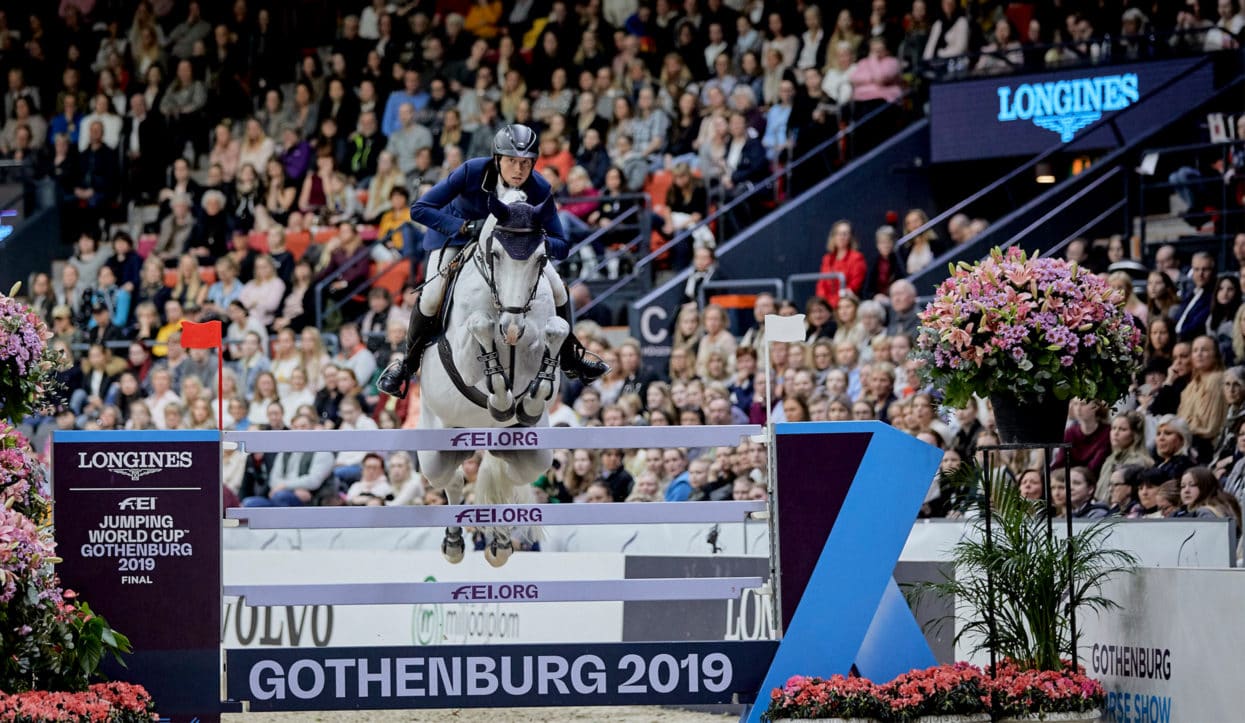