Yorkshire Building Society was the official supporter of the Tour de France Grand Départ from Yorkshire. We were asked to take the message ‘proud to be a sponsor and proud to be from Yorkshire’ and use it as the basis for a brand-building campaign.

We needed to reach as many audiences as possible – from cycling fans to route audiences, shoppers and even people watching at home. But with huge amounts of other activity surrounding the event and around two million spectators expected on the roadside, we faced an uphill climb to achieve an impact.

At the heart of our campaign was digital and mobile technology. We created an eye-catching animation to lead our campaign using green screen film and a camera rig that allowed us to rotate around our scene. This was then combined with 3D to depict a pro cyclist (who happened to be a YBS employee) riding without a bike that built up around him piece by piece.

Our resulting animation then featured on everything from digital screens to the campaign microsite and rich media banners.

To help further support the campaign, we filmed and photographed a number of short films leading up to the campaign, ran competitions which encouraged people to take pictures of themselves and others at the event, created a competitive game which lived on the event’s microsite and produced over 300 rich media banners for several channels and networks including Spotify, Daily Mail, The Times, The Telegraph and ITV.

The result of our all-encompassing campaign was a 31% increase in the number of people who’d consider Yorkshire Building Society for a mortgage. With over 630,000 banner interactions, 15,000 plays of our mobile game and 564 pictures posted with our hashtag on social media, people hadn’t just seen the campaign, they’d got involved in it too. 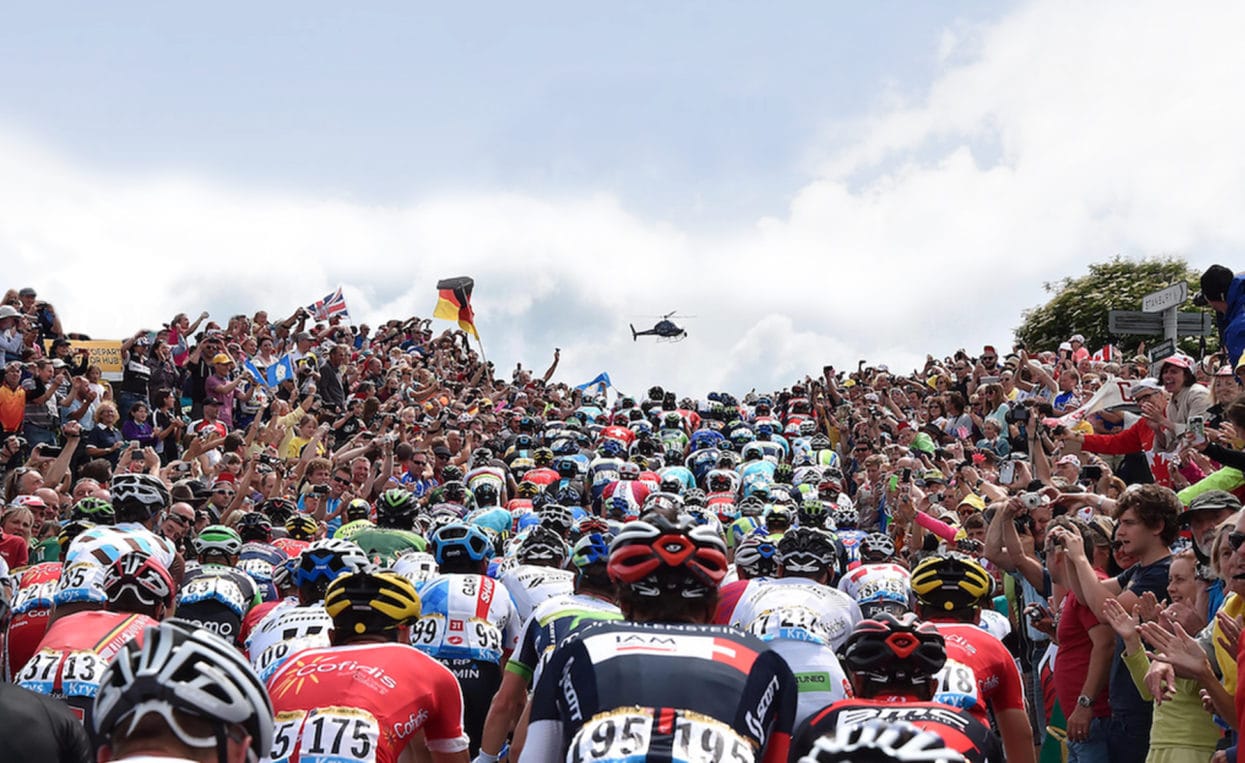 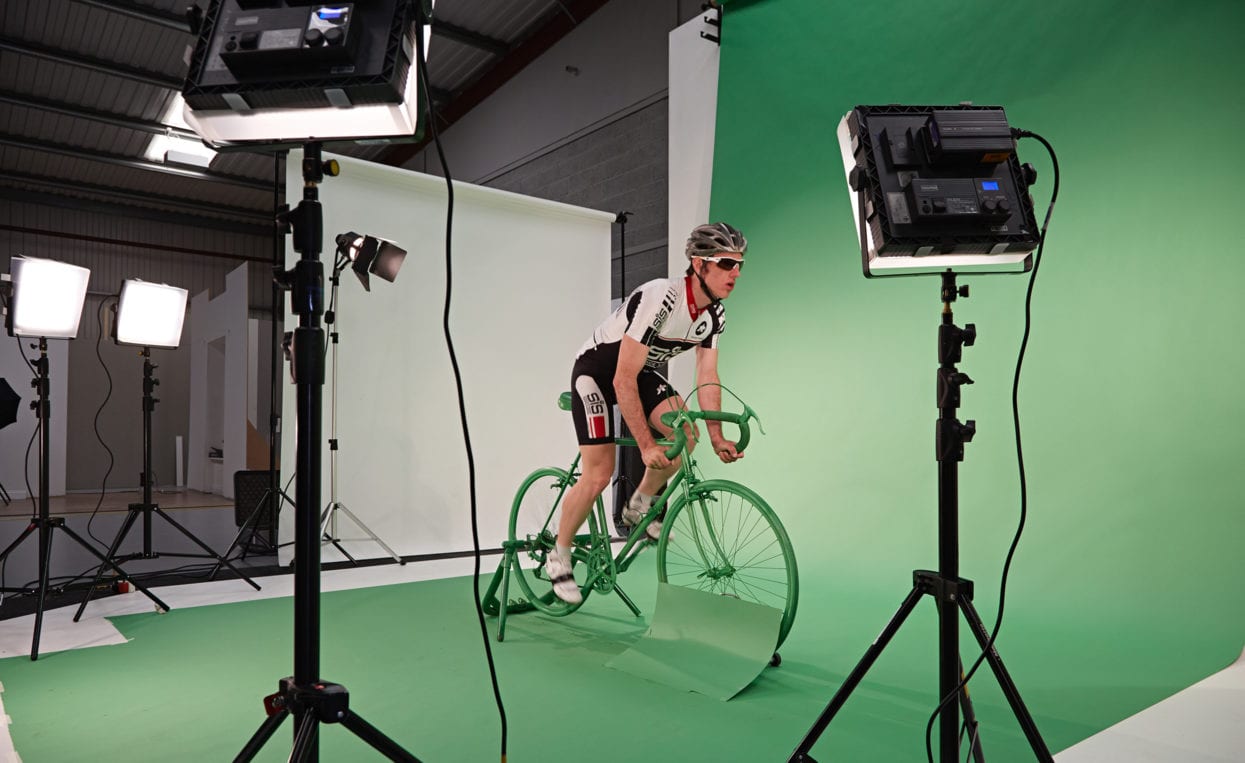 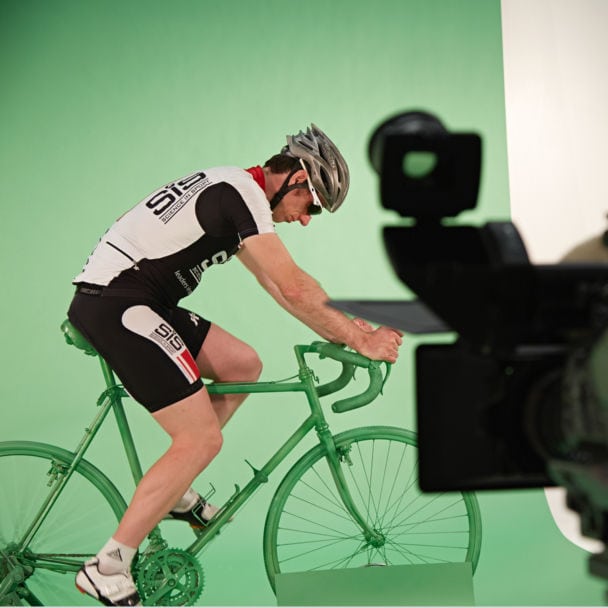 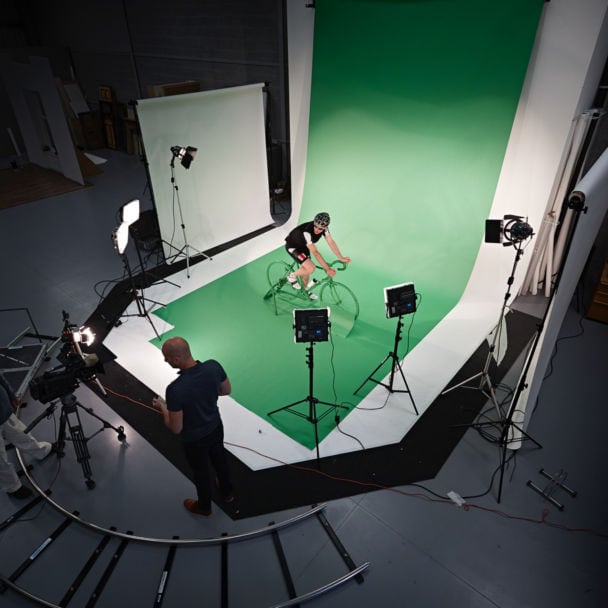 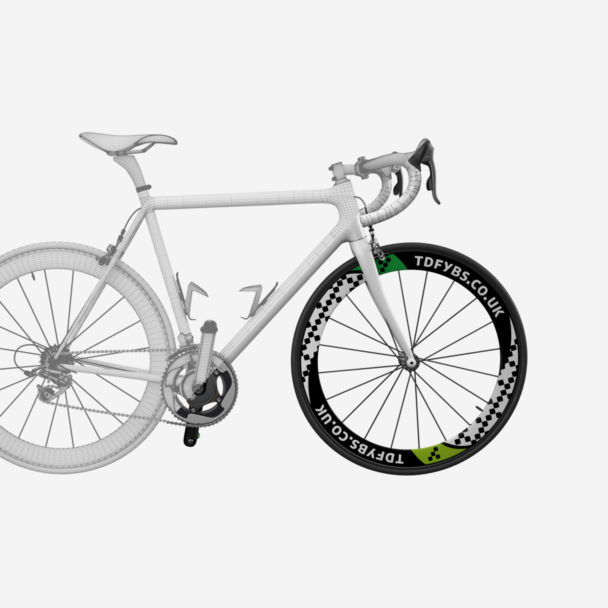 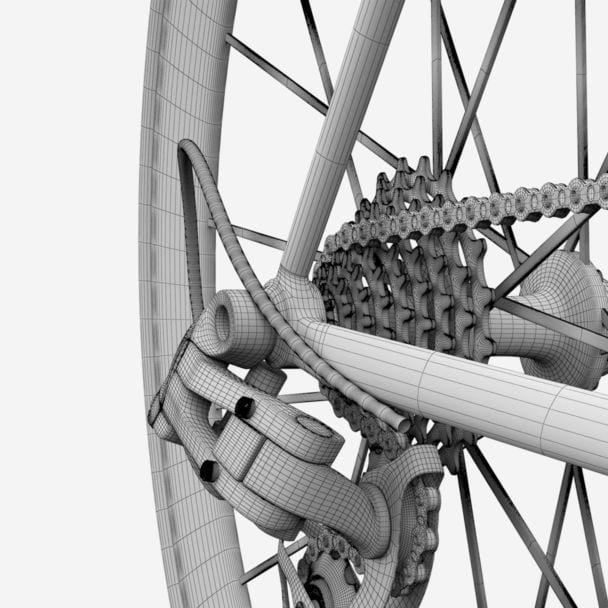 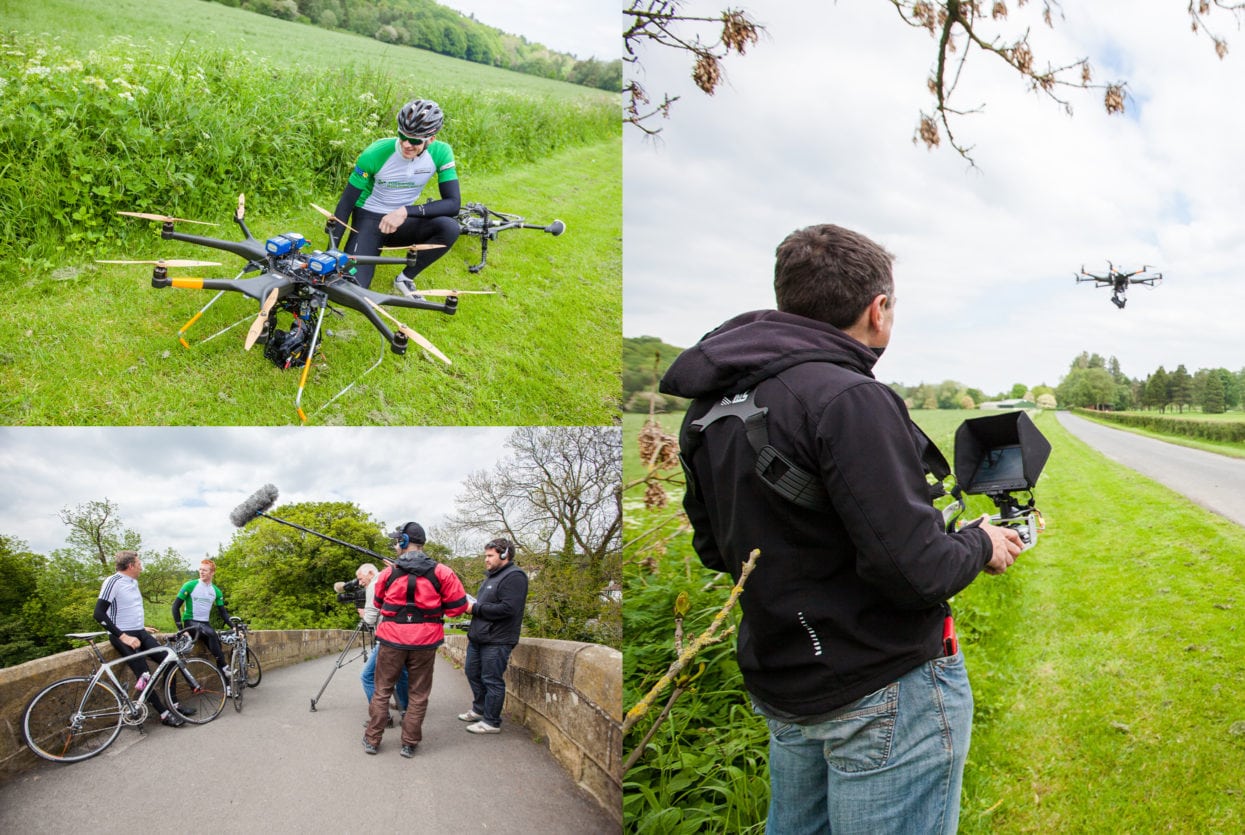 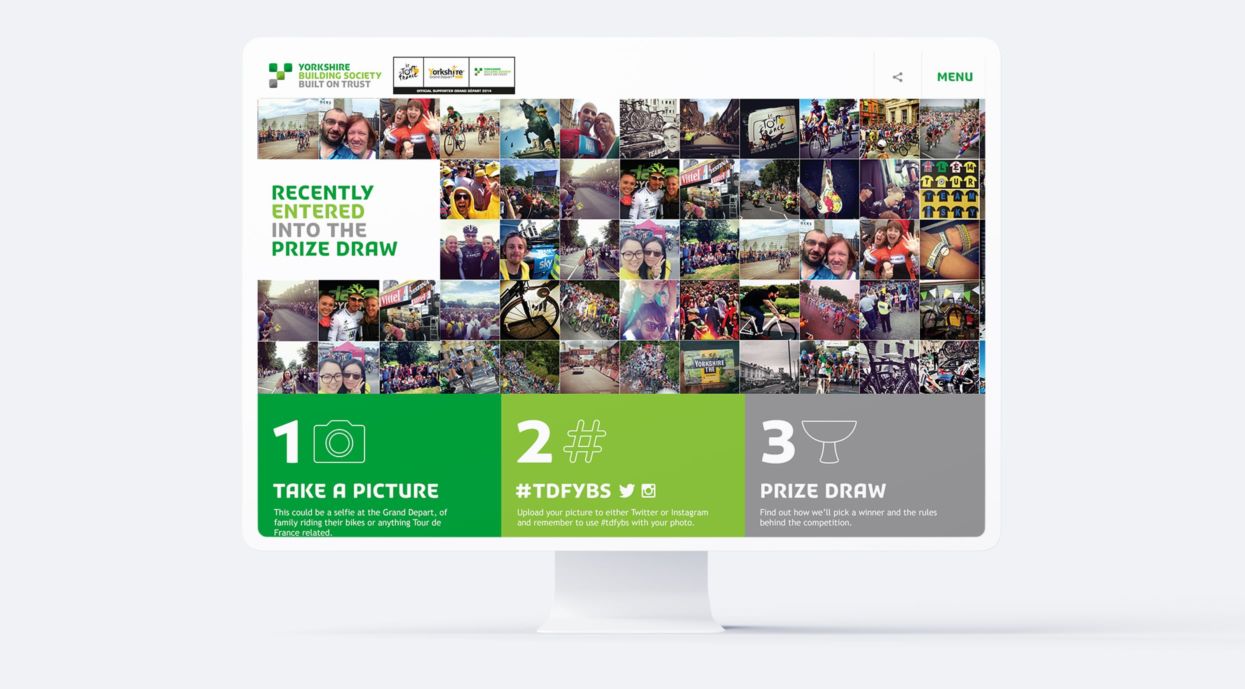 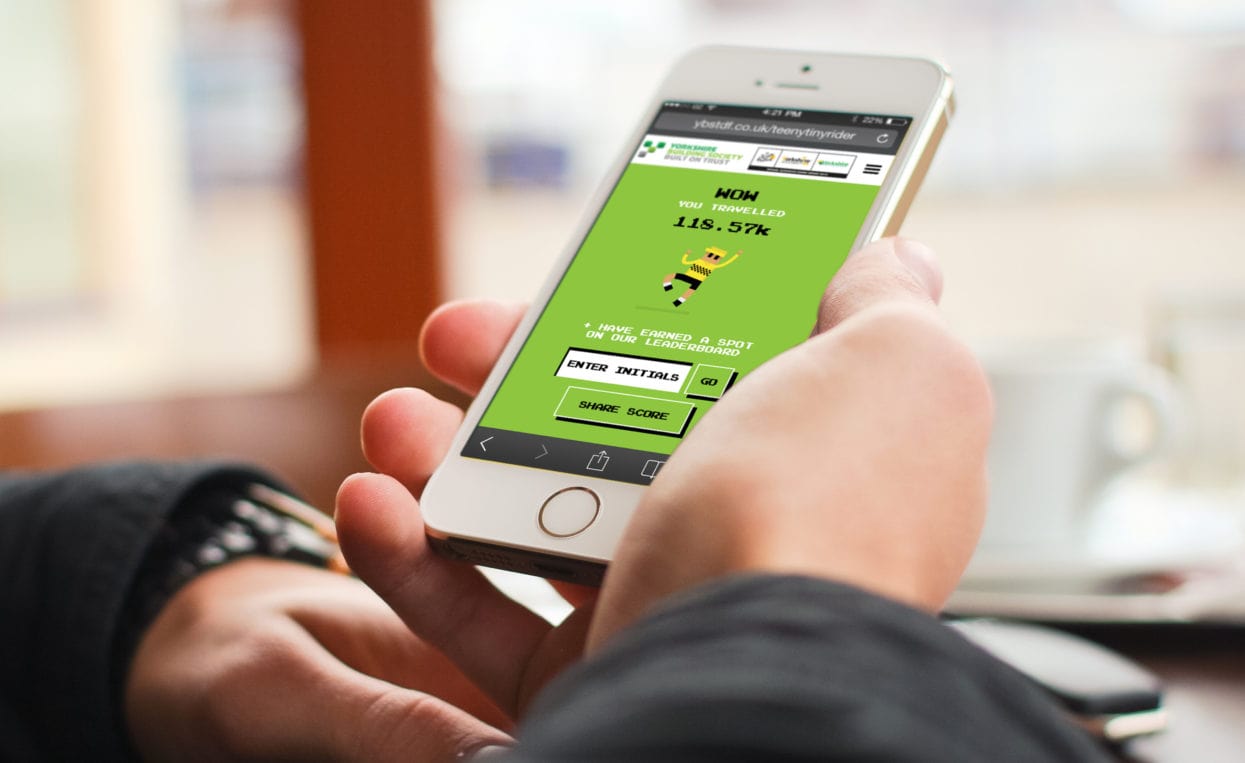 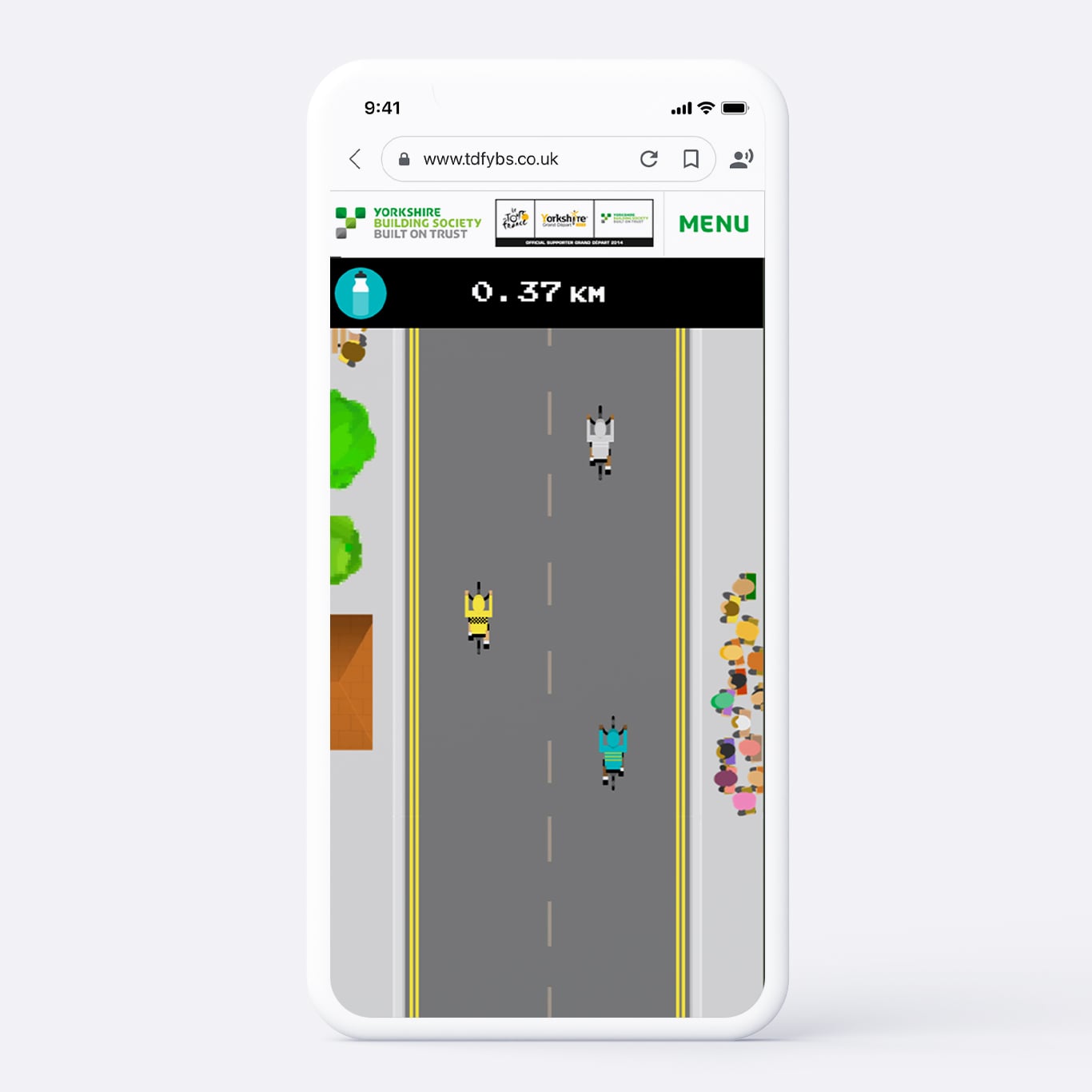 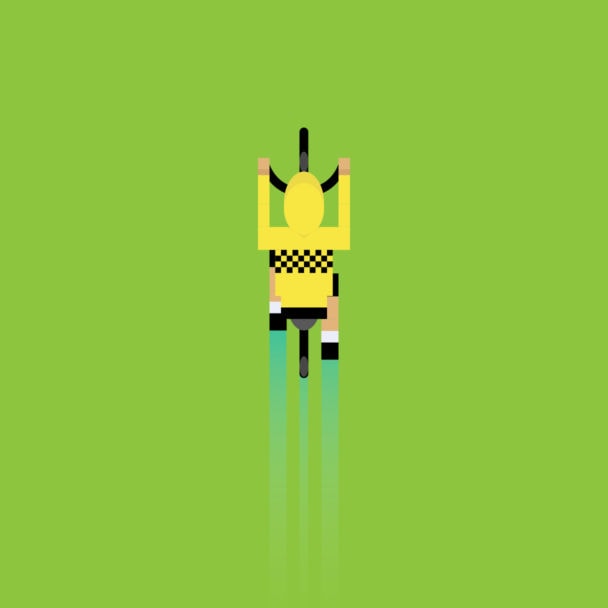 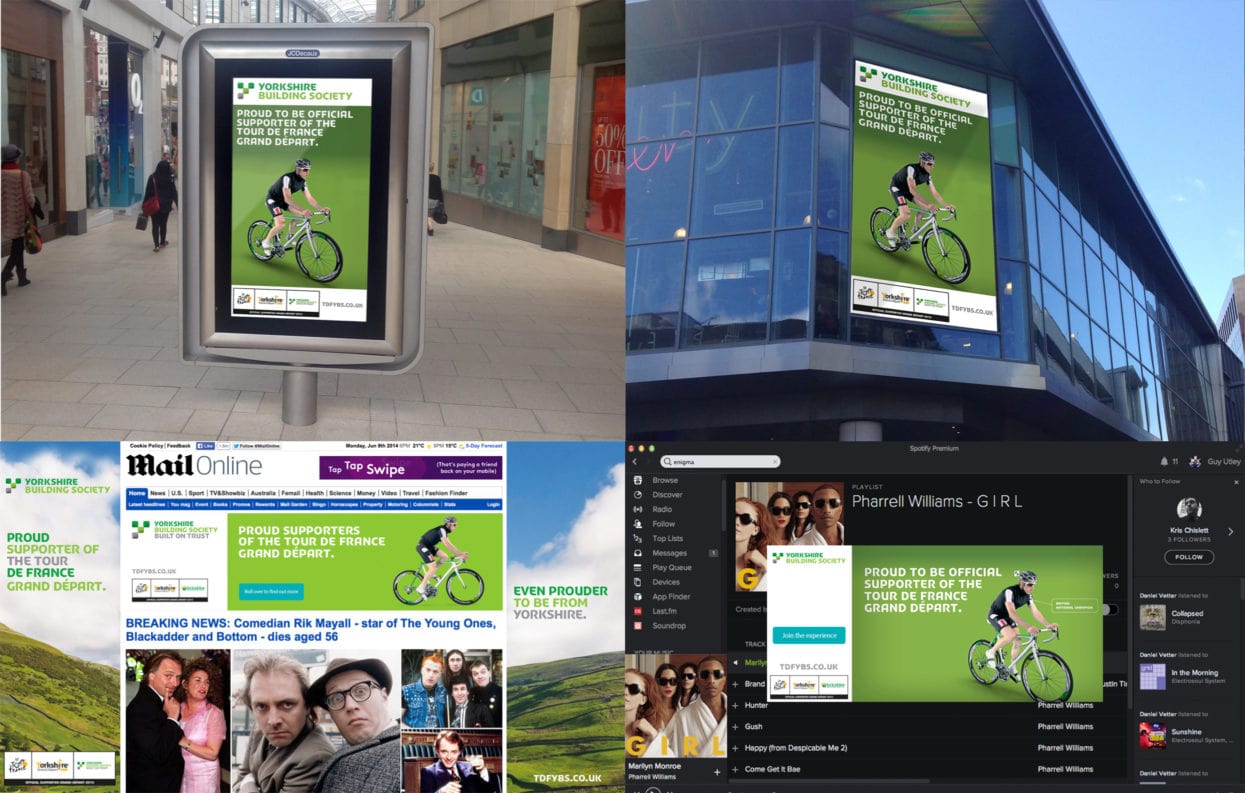